Colt was also increasingly showing himself to be a gifted merchant, combining his natural flair for persuasion with a prescient grasp of mass marketing. He branded his guns not only with his name, but with engravings that were pressure-rolled onto the cylinders. The scenes he chose for these engravings–one showed a stagecoach holdup, men facing off with pistols, several on the ground wounded or dead–indicate how well he understood his gun’s appeal by 1840. Not only did the engravings associate his revolvers with self-defense and derring-do, they verified them as authentic Colts amid the onslaught of imitation revolvers he correctly assumed were coming. Nor did he neglect the presentation of the guns. Each came in a handsome mahogany box, lined in velvet, with a beveled lid and nameplate. An even better idea, which Colt arrived as later, would be putting some of the guns inside false books, a gimmick, but one that hinted knowingly at the future of these guns. Laws for Self Defense was the title on the spine of one of these books. Other titles included The Tourist’s Companion and The Common Law of Texas.

Here is an 1851 Colt Navy where you can zoom in on the cylinder and this link shows an 1849 model in the box.

You can learn a little more about Colt revolvers and Texas history here. 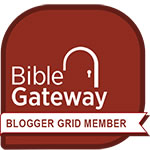